32. Field Notes 9: Maraba Washing Station - where it all started

I believe Maraba is Rwanda's "first" washing station.  If it is not technically Rwanda's first, it is certainly the first in spirit. It was built by the PEARL project, 2003 - 2006, which was a ground-breaking milestone in global coffee, not just Rwandan coffee, because it showed how a multi-disciplinary value chain approach can be implemented with a high degree of success. The "success" being that this country that had 0 (zero) washing stations prior to 2003 now has 240. The project launched a movement, you might say.

I only have my own suspicions about what contributed to this success. It was not one person or one organization, it was a team of highly motivated and very gifted actors who worked very hard under the auspicies of supportive government policies. But it is also not inconsequential that the leader of the program had very deep ties and many years of experience in Rwanda, as well as the academic stature and unique, highly developed field research skills. I'm speaking of Dan Clay, a professor at Michigan State University who spends about a third of each year on the ground in Africa, doing field research. Full disclosure, he also happens to be my academic advisor, so I'm biased.

Today Maraba needs revitalization. It's equipment appears to be in disrepair, the atmosphere among the workers did not seem upbeat, the reputation of the washing station among farmers was not great. I interviewed farmers in May 2015 who were walking past Maraba with their cherry in order to go to a different washing they felt "served them better."  But Maraba is in operation and achieving huge volumes of beautiful coffees and we saw farmers delivering amazingly beautiful red cherry. They have the large number of fermentation tanks you see below, which enables sorting and tracking of lots beyond what smaller stations can manage.

I see a bright future for Maraba and Rwandan coffee in general! 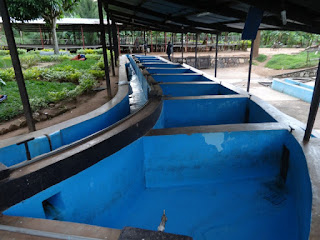 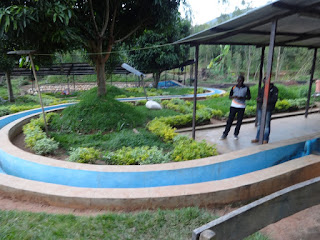 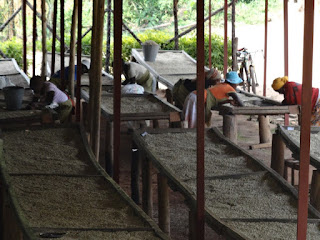 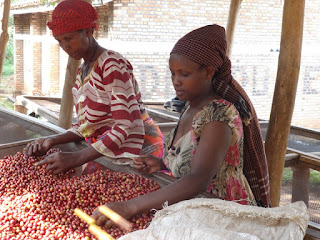 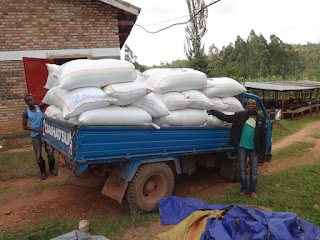 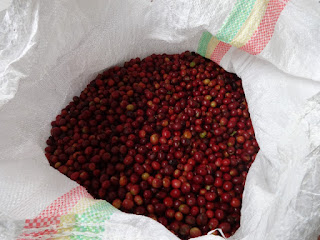