Sep. 25, 2017
In his opening speech at the 2017 IWCA Convention, Jose Sette, the new Executive Director of the International Coffee Organization (ICO) communicated that ICO members should not only improve their capacity to provide employment data on men and women, but also recognize the strong contributions of women.

The ICO is considering new rules for the member countries' submissions of data. Currently, countries submit data focused solely on production: kilograms, bags and beans. On September 25, IWCA was invited to present at a special meeting of the ICO Statistics Committee in Cote d'Ivoire.  The narration of IWCA's presentation to ICO members is available on the IWCA You Tube Channel, or click on the link below.

Posted by Ruth Ann Church at 2:59 PM No comments:

The tour was a unique opportunity compare and contrast processes and infrastructure at 3 different washing stations in the same zone, Kayanza, but with different ownership structure:

At the end the group received a tour of the HOROMAMA dry mill (formerly Webcor) and there was a formal presentation and small celebration at the dry mill also.

Some participants noticed some areas of the SOGESTAL that would not pass a Lean 6S inspection (see photos below).


These are innovations Heza had implemented before Artisan arrived in January 2017 and began lean training in Burundi.  They are excellent examples of ‘lean thinking’, however, and therefore they were important initiatives for Dusangirijambo to see. THANK YOU - MURAKOZE - to Long Miles Coffee - Heza, for their generous sharing. 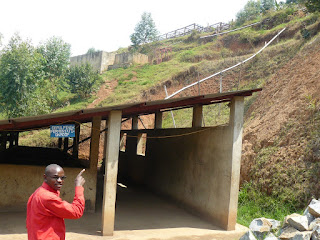 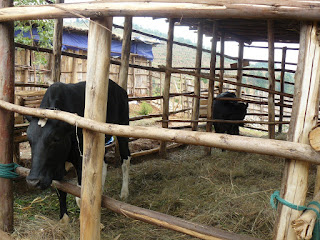 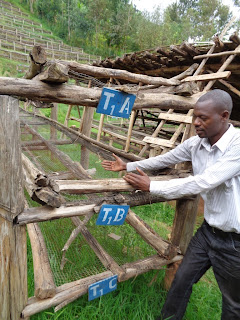 Dusangirijambo had the opportunity to share the new signage they’ve installed and their new machine, new grading channels and water recycling pits that are still under construction. The signage is directly related to Lean concepts – the other items relate to other projects the cooperative is engaged in, such as receiving Rainforest Alliance certification.

It is unclear if Dusangirijambo leadership shared efforts to improve quality metrics at reception and at the machine area. These were the topics addressed in the critical “peak season” KAIZEN projects. We hope they have embraced those KAIZEN learnings, since only motivated employees can maintain machines and other expensive infrastructure. Only well-implemented quality control of incoming raw material (cherry) can improve the quality of the coffee the cooperative has to sell. New machines and cement help, but they cannot replace strict quality control that is “owned” by the frontline workers 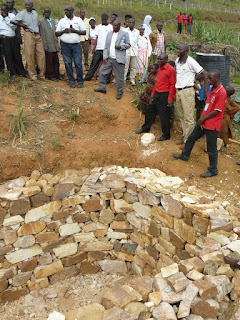 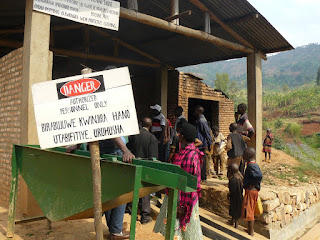 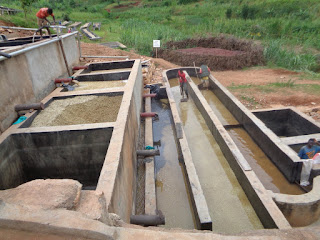 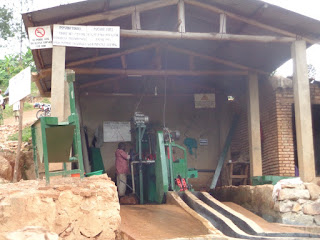 From the photos of Heza above, compared to the photos below, one can imagine the process and infrastructure improvements the Dusangirijambo leaders may now be considering for the upcoming, 2018, season. 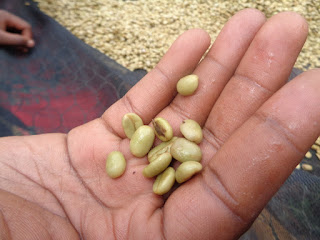 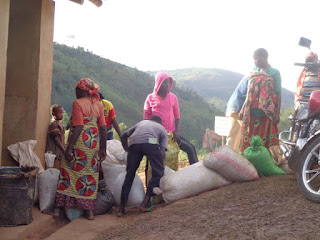 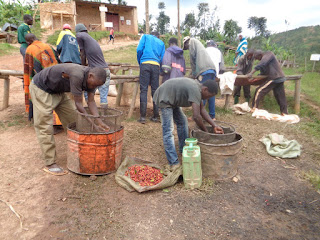 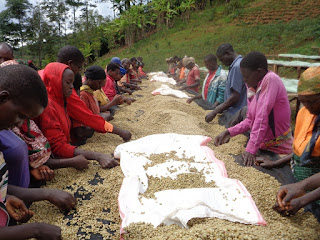 September is “the start” of the coffee season in this region – a good time to make plans and start new things. For example, the float tanks at Dusangirijambo require sorting in small batches, because the baskets are small. It requires a lot of bending over and makeshift “catchments” for the floaters (the waste).

Lean practices emphasize eliminating wasted motion and wasted time. Not only could the processes for the farmers after they arrive at the washing station be improved (for example with large, solid float tanks and a reception area paved with concrete), but the time required to sort and process cherry at the reception area of the station could be reduced if the farmers arrived with bags of cherry that had fewer defects. What if the average bag of cherry arriving at the washing station was 90% perfectly red-ripe cherry instead of only 75%? What kind of lowered costs and increased profits might accrue to the cooperative? These are the kinds of questions employee groups are asked to consider as they design their KAIZEN projects. Dusangirijambo’s employees got very excited when Artisan worked with them in April 2017 to design a new cherry quality metric to be implemented before weighing

The “Lean Tour Day” ended at the HOROMAMA dry mill in Kayanza. Many participants had never seen a dry mill operation before. The HOROMAMA dry mill has implemented a “Lean Specialists” committee since their leaders attended Artisan’s lean training. Several clues indicate lean practices, such as painted guidelines on the floor and an emphasis on cleanliness (cloth under visitors’ shoes in lower right photo) and safety (safety gear on worker). 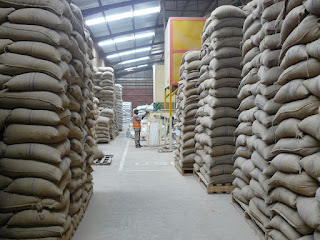 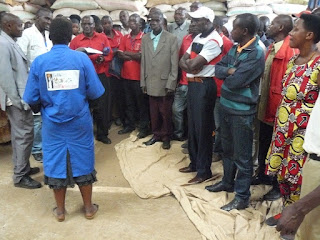 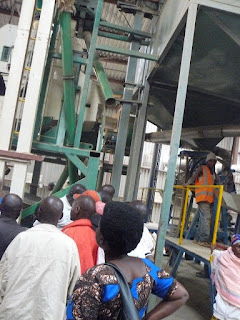 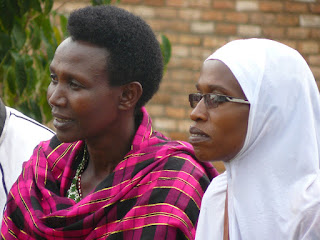 Posted by Ruth Ann Church at 9:35 AM No comments: