Mar. 15, 2020
Last week, March 8, was the official International Women's Day (IWD). Lots of groups celebrate empowerment of women all month long, so hopefully this post inspires you to participate in any way you can!

An exciting event took place in New York City on March 8 with a bunch of coffee people. CoffeeFest NYC was the reason many of us were in the Big Apple and the rest of the 20 people who joined were from the area.

The collaborative effort started with a few phone calls between Artisan Coffee Imports and roasters across the country, dreaming up IWD event ideas.  On the phone with Amaris Gutierrez-Ray, founder of @womenincoffeeproject and a roaster @JoeCoffee in New York, the idea sparked to have a documentary film screening at a cool New York space. Amaris reached out to Chisum Ngai ("Sum"), owner and founder of @coffeeprojectNY who readily agreed to donate her spacious, brand-new roasting plant / espresso bar / certified SCA training lab in Queens for the evening! Amaris dipped into her amazing network again to find exciting panel speakers to follow-up the film, including Lane Mitchell of @cafefemininocoffee and Gabriela Figueroa-Hueck of @ramacafenicaragua in Nicaragua (who, unfortunately, had to cancel at the last minute). Yours truly (Ruth Ann Church) agreed to be on the panel and Amaris moderated. 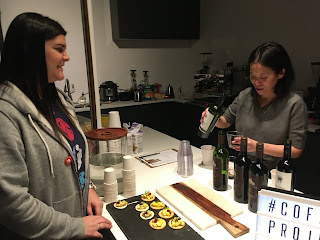 The evening began with networking / happy hour time with wine, cheese and crackers and tasting of brewed women-grown coffees. The 20 guests included journalists, Lisa Espenshade of Grounds for Health, Andrea Pacas from El Salvador, baristas from NY and places as far away as Connecticut and coffee company owners from Virgina and Georgia. It was tough to pull away from conversations and let the one hour movie begin.

The film weaves together beautiful scenery and stories of several different coffee-growing families in Oaxaca, Mexico along with commentary from the importing / roasting / consuming side of the coffee value chain.

Panel Discussion After the Film
After the film, the moderated discussion highlighted the complexity of improving women's empowerment in communities like this one in Oaxaca. One participant asked if all coffee communities have men who are as supportive of women's rights as those who are interviewed in the film. Lane Mitchell, Cafe Feminino Coffee, confirmed that supportive men, unfortunately, are still the exception in rural communities of most coffee-producing countries where she visits. Still, they exist and the more they are supported for their belief in equity by roasters who buy their coffee, the more likely these beliefs will spread quickly. 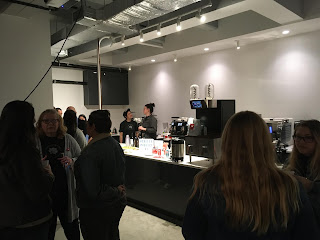 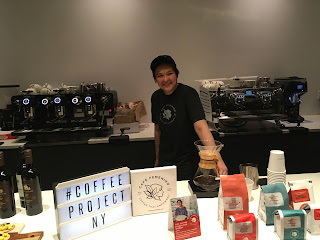 Another discussion point between the panel and the audience was where the "onus" lies in the coffee value chain to spark changes. Is it with the consumer, as one industry leader proposes in the film? One participant thought that is naive and that the consumer expects those with power, large roasters and importers, to generate the initiatives that drive change. In the end, there was concensus that everyone can do something in their own community at their spot in the value chain. Even just talking about the importance of gender equity in all communities is building awareness that makes a difference! 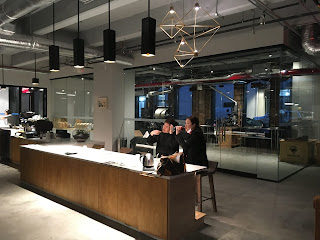 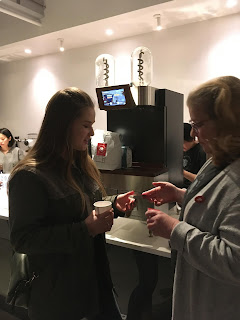 Donations Needed!
Kimberly Easson of Partnership for Gender Equity remarks during the film that while roasters today make substantial investments in sustainability of coffee, comparatively few dollars are ever invested in coffee gender equity work. Therefore the organizers took up a collection and recently announced $125 was donated by the small crowd to the Partnership for Gender Equity. 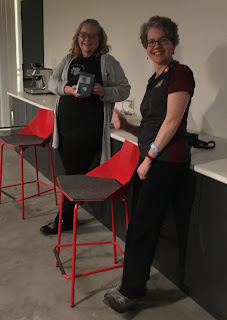 For those who would like to make a further financial gift, the following non-profit organizations are suggested: 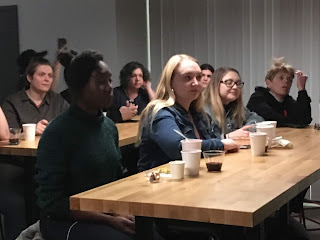 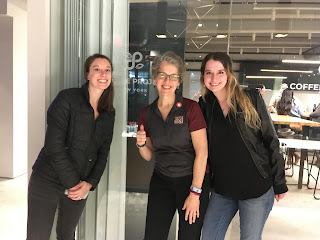 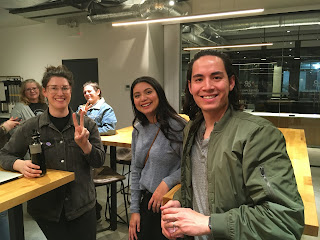 THANK YOU to all who came to the Mar. 8 event. We hope to participate in a similar effort next year! 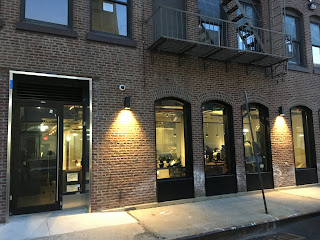 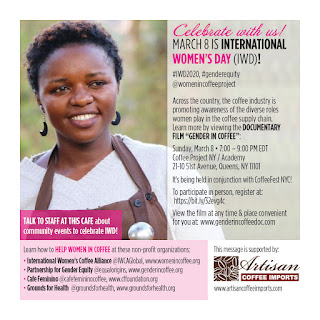 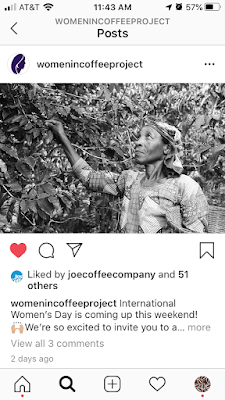 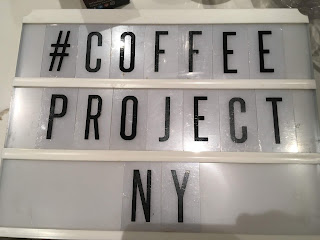 Posted by Ruth Ann Church at 5:41 PM No comments: